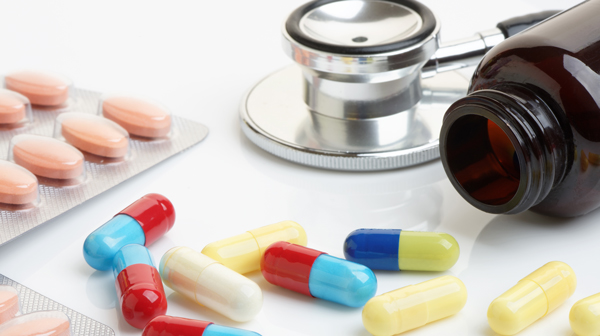 Do you know atorvastatin? Do you know how it works and what is it used for?

Discover this and more in the following article from Cardiosmile Chile.

Within the statin family we can find different drugs, among them, atorvastatin, a medicine used to reduce the levels of cholesterol in the blood and thus prevent cardiovascular diseases.

Atorvastatin also stabilizes plaques and prevents embolism through anti-inflammatory mechanisms. As a result of the aforementioned, atorvastatin has become one of the most used drugs in the world since cholesterol is considered a cardiovascular risk factor.

Like the other statins, atorvastatin inhibits the enzyme HMG-CoA reductase which plays a fundamental role in the production of cholesterol in the body. Despite this similarity, atorvastatin is a completely synthetic compound, unlike simvastatin and pravastatin.

The origin of atorvastatin takes place in 1985 and was developed by Bruce Roth, who at that time worked at Parke-Davis Warner-Lambert Company, now known as Pfizer.

Atorvastatin and its passage through the body

Atorvastatin is rapidly absorbed after oral administration, reaching its maximum levels in the blood after 1-2 hours, and its degree of absorption increases in proportion to the administered dose of atorvastatin.

Regarding its distribution in the organism, it is important to emphasize that atorvastatin binds strongly to plasma proteins, reaching a percentage equal to or greater than 98%.

On the other hand, atorvastatin is also a substrate of the intestinal P-glycoprotein efflux transporter, which pumps the drug out of the cell, into the intestinal lumen, during the absorption of the drug.

Finally, atorvastatin is eliminated mainly through bile, after hepatic and / or extrahepatic metabolism. Its plasma elimination process is approximately 14 hours and the half-life of the inhibitory activity of HMG-CoA reductase is 20 to 30 hours due to the effect of the ortho and parahydroxylated active metabolites. At least 2% of atorvastatin can be detected in the urine.

Atorvastatin and its mechanism of action

Atorvastatin is a selective and competitive inhibitor of HMG-CoA reductase, the enzyme responsible for conversion to mevalonate, the precursor of sterols (including cholesterol). When HMG-CoA reductase is inhibited, the amount of mevalonate decreases and, consequently, the hepatic cholesterol levels are reduced. In this way, the LDL cholesterol receptors are regulated, generating an uptake of said lipoproteins. Thus, a reduction in total cholesterol and LDL cholesterol is observed, both closely related to arteriosclerosis and increased cardiovascular risk.

With all the above, it is important to consider that the inhibition of HMG-CoA reductase by atorvastatin or any other type of statin, results in unwanted side effects. And is that HMG-CoA reductase is part of the metabolic route of mevalonic acid, a route that is also vital for the synthesis of coenzyme Q10, which in turn is essential for the production of energy in the mitochondria.

In this way, statins not only inhibit the synthesis of cholesterol, but also that of coenzyme Q10, causing a reduction in the energy needed to live. As a result of this, symptoms are manifested in tissues with higher energy requirements such as the kidneys, the brain or musculoskeletal tissue. Thus, the ailments and myopathies begin in patients treated with statins.