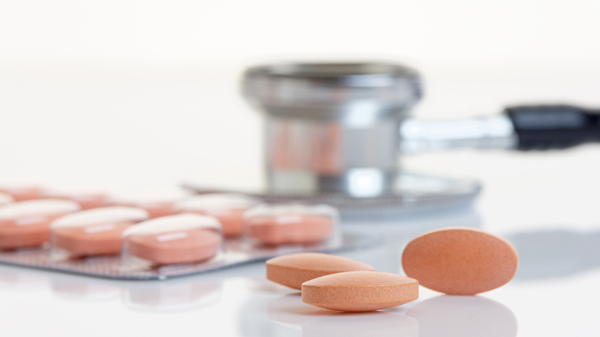 What is lovastatin? How does it work?
Know this and more in this article from Cardiosmile Chile

Lovastatin is a medication used for the treatment and control of cholesterol. It is a selective and competitive inhibitor of the enzyme HMG-CoA reductase, which is responsible for the conversion of HMG-CoA to mevalonate, the precursor of cholesterol.

Lovastatin acts at the liver level, inhibiting the synthesis of cholesterol and reducing the production of LDL cholesterol. It is an effective drug in the reduction of bad cholesterol in patients with homozygous familial hypercholesterolemia who do not usually respond to lipid-lowering medications.

Lovastatin and its passage through the body

As previously indicated, lovastatin is a drug belonging to the statin family that serves to reduce cholesterol and prevent cardiovascular diseases.

Lovastatin is administered orally and consists of a substance derived from Aspergillus terreus that originated in the late 1970s, making it one of the first statins developed.

Like other statins, the absorption of lovastatin is limited, reaching a maximum of 30%. As result, it has a very low bioavailability, close to 5%, and its maximum concentration is reached approximately two hours after consuming it. Subsequently, lovastatin is excreted by 80% through faeces and 10% through urine. Lovastatin and its mechanism of action

When Lovastatin blocks the hepatic synthesis of cholesterol activates the SREBP regulatory proteins, which activate the transcription of proteins and, therefore, increase the number of receptors in the hepatocyte due to increased expression of the LDL cholesterol receptor gene.

Given the above, it is possible to observe a reduction in the levels of total cholesterol and LDL cholesterol, both indicators related to atherosclerosis and increased cardiovascular risk.

However, as with other statins, it is important to consider the interactions they produce with other medications and foods, in addition to their side effects.

For example, both niacin and fibrates increase the risk of myopathy associated with lovastatin. Likewise, there are other drugs that interact with it in relation to hepatic metabolism such as erythromycin, protease inhibitors, grapefruit juice and azole antifungals, among others.